Shane Grammer is an established modern-inspired painter, sculptor, and art director whose work spans a variety of mediums and can be seen internationally in theme parks, attractions, museums, galleries, and in private collections in the United States, South Korea, China, and Dubai. His art has been signed by actors Ben Affleck, Ray Liotta, Tim Curry, and Disney animation voice stars Paige O’Hara (Belle), Irene Bedard (Pocohantas), and Robbie Benson (Beast), Ed Asner (Carl Fredricksen from Up!). A former Disney Imagineer, Grammer is a skilled scenic artist, fabricator, painter, sculpture, and conceptional designer. Recently, his work has been commissioned by theme park architects PGAV Destinations and nonprofits Ryman Arts, the Walt Disney Birthplace, the Dick van Dyke Foundation, and Give Kids the World.

Having grown up near Paradise, the Northern California town recently devastated by fire, Grammer is currently working on his “Beauty from the Ashes” mural projects, painting inspiring images of locals and other figures on the ruins left behind by the Camp Fire. This heartfelt project, designed to bring hope to the fire’s survivors, symbolizes the ability of a community to be reborn from devastation. “Beauty from the Ashes” has received international media coverage, including in the New York Times and on NBC’s Today Show. 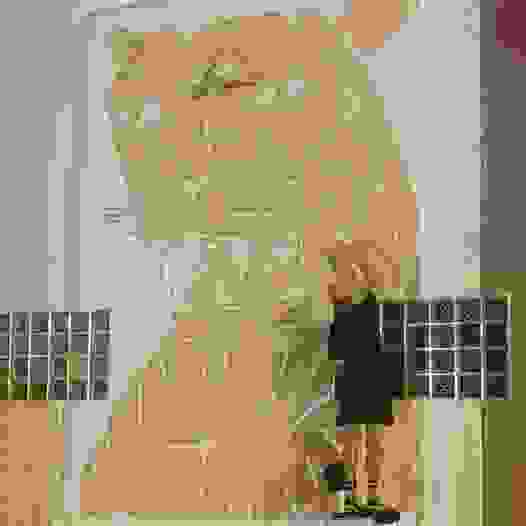 Keya Tama is a South African artist based in Los Angeles. He has painted murals and shown with galleries around the world since the age of thirteen.


His style can be described as ancient contemporary minimalism as his work aims to reunite old and new through contrasting yet unified iconography.

Edward Palacios - aka “Glob - ” is a Salvadoran designer, photographer, and street artist in the Sacramento area. Born in Los Angeles and raised in Sacramento. Glob is an artist whose style spawned from his love of cartoons, video games and animals. Meeting fellow CDS (Creative Dead Society) member “Turilla” in 2011, helped further develop Glob’s use of vibrant and neon colors.

Iker Muro (MurOne) is an illustrator and graphic designer who began creating public murals in 2002.  Born in Bilbao, Spain, Muro describes his work as “an acid mixture of pop culture, graffiti, illustration and graphic design.” As a youth, he began painting on skateboards, and drawing caricatures of teachers and classmates at his desk in the back of the classroom.  He went on to complete his studies in graphic design and has worked in many different disciplines including graffiti, graphic design, prints and large-scale murals.

Muro’s vibrant, bold murals strike a distinctive balance between design and art.   His work draws from his extensive international travels, and he takes inspiration from whatever city he is painting in.  “Travelling and discovering different cultures is a gift,” he says.  “I feel lucky to make my living with what I love, I don’t know what will happen in the future, I don’t have a job and a stable life, but painting and giving life to places that don’t have any is very gratifying.”

Brent Patten is a self-taught artist who has dedicated the last 20 years as a full time professional tattooist, both internationally and locally, and is co-owner of Forever Tattoo in Sacramento. He has a lifelong commitment to artworks executed in various collective contemporary mediums and styles.

Brent continues to explore, create and execute techniques he acquired through his experience at a young age as a Graffiti Artist during the mid 90’s. Many of his works of art have been displayed in collaborative gallery exhibitions, a solo gallery exhibition in Cantu,Italy, large scale canvases and permanent surface commissions for restaurants and retail businesses. He has also been featured in numerous books and magazine publications across the globe.

Sacramento artist Ryan Rhodes, who paints under the name Lord Pawn, has been working full-time as an artist and muralist since 2007. Some of his past projects include artwork for Redbull, The Crocker Art Museum, The Sacramento Kings, Folsom Cordova Unified School District, Midtown Business Association, and countless small businesses.

Currently he works in spray paints and acrylics. His work shows off his versatility – some pieces appear as mystical dreamscapes in rich shades of blue with geometric overlays, some are hyper-realistic and monochromatic. Pawn has been part of a few different graffiti crews, including Ain’t Life Beautiful (ALB) and Legends of Rare Designs (LORDS). And as focused as Pawn has been on his successful painting career lately, he says he still gets the itch to the hit the streets every now and then when his days get to be a little too mundane.

“Sometimes it’s good to be in a grimy place,” Pawn says. “I’ve seen some crazy stuff just going and painting… You get stories out of it all; you’re going on adventures.”

Shamsia Hassani was born in 1988 in Tehran, Iran, where her parents had temporarily immigrated from their native Kandahar.  As the first female  graffiti artist in Afghanistan, she has been featured in numerous publications, including the LA Times, The Guardian, The Huffington Post, and Vice.  In addition to her art, she is a fine arts lecturer and associate professor of sculpture at Kabul University.

Through her artworks, Shamsia portrays Afghan women in a male-dominanted society. Her artworks give Afghan women a different face - a face with power, ambitions, and willingness to achieve goals. The woman character used in her artworks portrays a human being who is proud, loud, and can bring positive changes to people’s lives.

During the last decade of post-war era in Afghanistan, Shamsia’s paintings have brought in a huge wave of color and appreciation to all the women in the country. Her graphical works have inspired thousands of women around the world,and has given a new hope to female Afghan artists in her country. She has motivated hundreds of Afghans to celebrate their creativity through her graffiti festivals, art classes, and exhibitions in nine countries on three continents around the world.